Two weeks before I graduated from Sacred Heart University, I was given two job offers:

The first was from a local commercial adult-contemporary radio station.  I’d been interning for their promotions department, and their top salesman was getting ready to retire.  He said he’d feel good leaving me his clients.

The second was from a local public radio station.  WSHU, an NPR-affiliate that I’d been working for in one capacity or another since freshman year.

The first came with more money.  The second came with my whole heart.

It wasn’t much of a choice.

As a Production Assistant at WSHU I got to do a little bit of everything.  Take feeds.  Engineer interviews.  Make promotional spots.  Edit national programs, build local ones, and once I’d proven to be both capable and dependable, I got to assist Frank Deford – one of the most beloved and respected sportswriters in the game.

By the time I was hired full-time, Frank had already long-established his weekly commentaries on NPR’s Morning Edition – most of which were recorded at WSHU.  And truth be told he only agreed to collaborate with me after receiving glowing recommendations from my boss, and her boss before that (the other WSHU producers he whole-heartedly trusted).

Frank was kind, thoughtful, generous and prepared.  His sessions were consistently swift and on-point, and I strived to emulate his style in my engineering, recording, and editing.  We worked well together.

After a good many sessions, I told him that I’d recently made a gift to WSHU and chose one of his books as my thank-you gift.  He (loving) gave me a hard time about the donation.

“I could have just given you a copy,” he said.

“I know, but this one’s for my Papa.  He’s a big NPR guy.  This sounds dirty, even though it’s not, but he runs an escort service.  Which means when there are things like whole houses being driven across the country, he’s the guy in the back driving the little pickup with the flashing lights and the Wide Load sign.”

This made Frank laugh – which wasn’t hard to do, but felt good just the same.

“He LOVES to tell me how many NPR stations he supports, and which stations he listens to in which cities, and how much he loves the guys from Car Talk…and you.  I made the gift in his honor, and telling him that I get to work in the studio with you – let’s just say it helps him worry a little less, and be proud a little more.”

“You do excellent work, Amanda.  He should be proud.”

Then he signed the book for my grandfather with his signature purple pen, and we got back to it.

Frank made significant contributions to journalism, broadcasting and publishing – he was also one of the very first artists who made me believe that I had something to contribute, too. 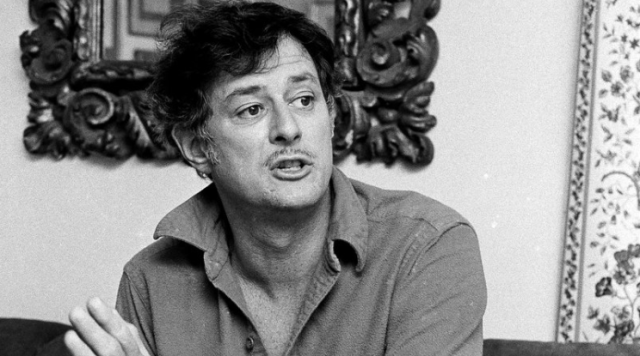